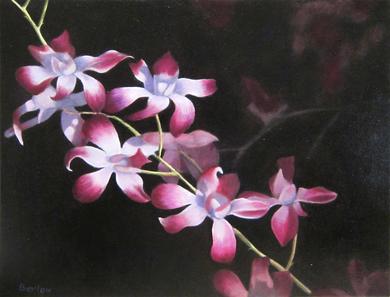 Bruce Berlow is a retired physician. He attended Phillips Academy in Andover, Massachusetts and received his BA in English and Psychology at the University of North Carolina at Chapel Hill. After graduating from the University of North Carolina School of Medicine, he trained in Pediatrics and completed a fellowship in Allergy and Immunology at the University of California, San Diego. He practiced at the Sansum Medical Clinic in Santa Barbara, CA for 18 years, and Shoreline Allergy and Asthma Associates in Mystic and East Lyme, CT for 14 years. He is a freelance writer whose work has appeared in Golf Digest, Working Mother, Child, Men’s Fitness, Flower and Garden, Cats Magazine, The Absolute Sound, and many other publications. His paintings and photographs have been exhibited in juried shows since 2004, and two of his works have been featured as covers for the Annals of Internal Medicine. He lives in Santa Barbara with his wife Lee Southerland, a fellow artist.

A key difference between illustration and art is that illustration depicts an image's exterior, while art expresses something about the interior, or as Sol LeWitt has termed it, surface versus structure. These interior qualities constitute character, the distinctive traits that distinguish an individual. It is an image's character that you are drawn to, remember, and choose to revisit. That is my goal as an artist: to recognize and convey the character of a person, place, creature, or thing.

Where an illustration conveys information, art communicates so much more: emotion, attitude, and personality. Art engages much more of the brain – and the heart.

Character is expressed by a variety of cues: attitude, expression, emotion, condition, and context. Character can be (and often is) revealed in a fleeting moment. An artist needs to recognize these moments and understand the distinctive cues that evoke character. The next step is to depict character through the traditional artist's techniques of composition, value, hue, and exaggeration.

So to understand my work, look first for the moments I choose to depict, then the manner I express character, whether in people, natural settings, creatures, or objects. I hope you'll see and appreciate the stylistic coherence of my work across a variety of subject matter: capturing character.